I had a book of haiku poems once. I think I got it at Barnes and Noble on their clearance rack one day, a total impulse buy. I thought I’d be poignant sometime and feature a haiku in my email signature, in a presentation, or maybe just a simple Facebook status. Alas, it never happened, and I think the book ended up going to the used bookstore for lack of use (and because I get tired of lugging around books I don’t read every time I move to a new place). Kind of kicking myself for that decision now.

Today’s #HAWMC blog post challenge is to write a health haiku. A haiku is a “miniature Japanese poem consisting of 17 syllables – five syllables in first line, seven in second, and five in the last. No rhyme or meter scheme is employed when writing haiku. The aim of the haiku is to create something greater than the sum of the parts.” Oh boy…

No, that’s not quite what I want… 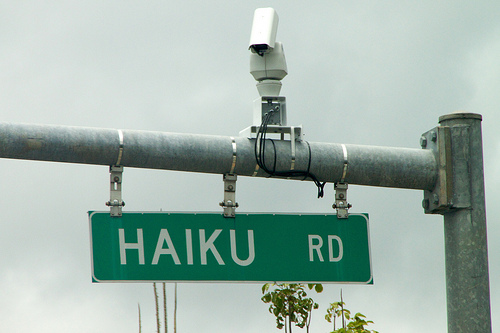