I’m disappointed in us. We, people with diabetes, active and vocal members of the diabetes online community (DOC), who are supposed to be there for each other, support each other, lending an ear to listen, a shoulder to cry on, an “I’m high” joke, and the occasional insulin pump reservoir or extra CGM sensor, are demonstrating clear and present signs of being a bunch of jerks.

Over the weekend news broke about Jeffrey Brewer leaving JDRF. He posted on his Facebook page…

Jeffrey, in his tenure as the top dog over at JDRF, seemed to give those of us who are adults with Type 1 diabetes (T1D) something we could get behind and support. We felt listened to, for a change. The re-branding of JDRF under his helm, and the focus on those things that make living with diabetes better, and still the same focus for the as yet unattainable holy grail cure for diabetes, inspired us. As adults with diabetes, we felt like we could really support the efforts of JDRF, some of us for the first time, and some of us again after years of feeling left outside of the scope of what JDRF does. We could imagine living better with Type 1 diabetes, something that the world often does a better job of telling us we can’t do.

I don’t pretend to know all the ins and outs of what is going on behind closed doors at JDRF. I am a new member of the JDRF Type 1 Diabetes Voices Council, and I found out the news at the same time as the rest of the world (or at least the Facebook world). I’d be upset about that, but honestly, I get most of my news from Facebook and Twitter anyway. If it is important, someone will share it. And share it they did.

People from all over the internet expressed concerns about what would be next for JDRF. Overwhelmingly, nobody liked the idea that Jeffrey Brewer was leaving and moving on to whatever happens after you are a CEO of an international diabetes research foundation. I like to imagine that there is probably a lot of secret bases in volcanoes, flying Big Boys, sharks with laser beams, and fembots. I’ll report back when I get to that spot in my career. In the meantime, I wish Jeffrey Brewer nothing but the best as he moves forward.

On Monday, news hit the wire that Derek Rapp would be the new interim CEO of JDRF. My friend Amy, who is interning with JDRF this summer, wrote a great post detailing what was happening in JDRF HQ with all of this news.

Not surprisingly, change was met with extreme belligerency by some, a few folks who even went as far as creating a Change.org petition to have Derek Rapp denounced as the next CEO of JDRF. Some folks aren’t comfortable with Derek’s background with Monsanto, and want to blame Monsanto for causing increasing numbers of diabetes diagnoses, citing conflicts of interest and all kinds of claims. I won’t disagree that Monsanto is a questionable organization in many ways, but no successful company can be all bad and still be successful in business. That said, if you have the academic and scientific research that proves Monsanto is the cause of Type 1 diabetes, by all means stop reading this blog and go write that $h!t down right now, get it peer reviewed, get it published, and go collect your Nobel Prize. I’ll be the first person to congratulate you. Until then, all we’re doing by blaming and name calling is demonstrating that kids with diabetes grow up to be a-holes with diabetes.

With some people sharing excitement about the changes and some spewing venom, I imagined what it is like to be Derek’s son, who is a young adult with T1D. His son is also my friend through being a part of Students With Diabetes together. After thinking really hard about it, I want Turner to know that if he is sick of diabetes and is feeling overwhelmed and needs a friend, or if he rocks a no-hitter on his CGM and wants someone to share that with and celebrate, that I am here for him, always. I want him, and so many other people with diabetes just like him, to know that there is a community of compassionate people just a tweet, a Facebook status, a blog post, or a phone call away anytime that they are needed. I don’t want our diabetes community that I love and cherish to be spoiled by the rotten comments or actions of a few. The absolute last thing that I want is a person with diabetes to feel like they are alone and don’t have someone that they can share this stupid disease with. When we go off on a bashing spree about how evil someone is for taking the lead of a foundation that is focused on making our lives better, we are not being advocates for people with diabetes…we are being hypocrites.

My friend Tye Manor speaks to people about how he always tries to assume positive intent. In this JDRF leadership shift situation, I don’t know all of the background story, but I can make the choice to assume that the reasons for the changes are positive. I am going to assume that the changes are to make the lives of people with diabetes better, to make progress toward a cure, to hear our voices as people with diabetes, and to keep changing so that goals can be met and achievements can be realized. Until there is type none.

I choose to assume positive intent. I’m going to ask the question, “How can I help?” I’m going to be there on the front lines as we are making progress. I’m going to be the diabetes advocate and member of the diabetes online community that I want to see in others. I’m going to be that friend with diabetes that I didn’t have for the first 28 years of my life with diabetes. Because I’m selfish. I want better technologies, better therapies, and better ways to live with my diabetes. I want the bionic pancreas, real bad. I want an encapsulation device that allows me to not have to think about this diabetes nonsense anymore. And I want you to have all of these things too (except maybe diabetes). Because I love you, and I love that I am not alone, and I’m glad that you are a part of my world with diabetes.

And I have zero interest in either of us being alone with diabetes ever again. Pretty much whether you like it or not. 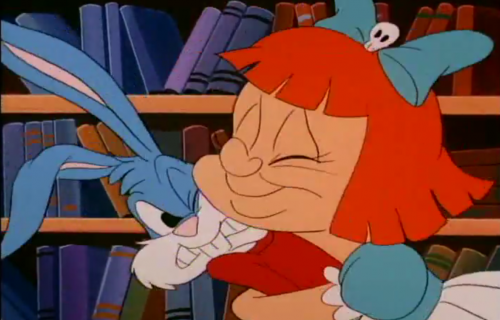